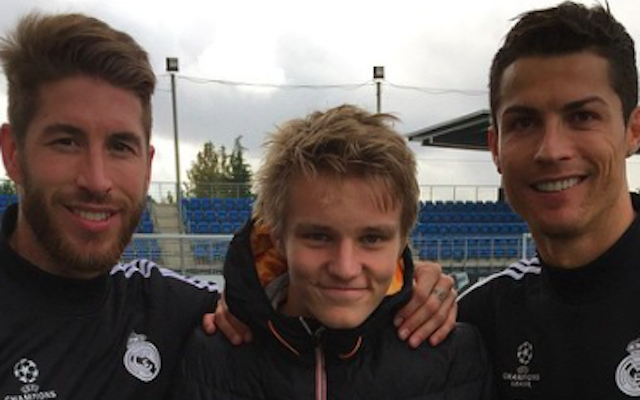 Martin Odegaard has appeared in Real Madrid regalia for the first time since his move to European champions was confirmed on Wednesday.

The 16 year old wonderkid had been on a round the world tour of clubs in an attempt to find the best side with which to develop his incredible talents.

Madrid won the fight for his signature and the Norwegian teenager posed for a few snaps with his new Los Blancos teammates following the move’s confirmation.

Here he is pictured in Real attire for the first time whilst posing with Balon d’Or winner Cristiano Ronaldo and Sergio Ramos.

Odegaard will be hoping he can emulate some of their incredible successes in years to come.