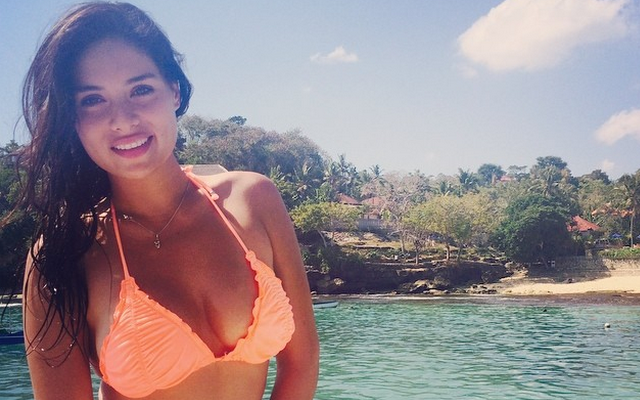 The 2015 Miss Universe contest got even more epic this week, as swimwear prelims took place.

Dutch representative Yasmin Verheijen, who is the girlfriend of former Chelsea defender Khalid Boulahrouz, is the babe on the right of this photo…