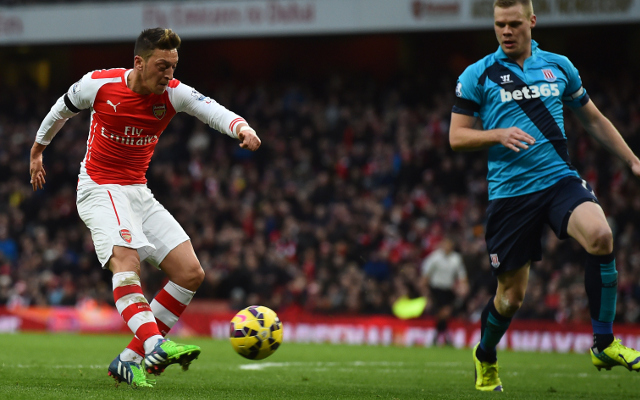 Arsenal continue their journey in the FA Cup as they travel to Brighton & Hove Albion on Saturday looking to keep the trophy in their hands, and Arsene Wenger has revealed that Mesut Ozil, who recently returned from injury, is set to return to the starting line-up.

Ozil picked up what was initially considered an innocuous knock in the defeat to Chelsea in October, after passing the ball with the outside of his foot, but turned to have picked up a partial ligament tear – however, the German international is set to make his return to the starting XI.

It could be suggested that the return of Ozil could be like a new signing for Wenger – but the superb performances of Santi Cazorla, Aaron Ramsey and Tomas Rosicky in midfield, along with Alexis Sanchez and Alex Oxlade-Chamberlain in the 2-0 victory over Manchester City, means it will be no easy feat for the £42.4m signing to cement a starting position.

Ozil will need to impress against Brighton.