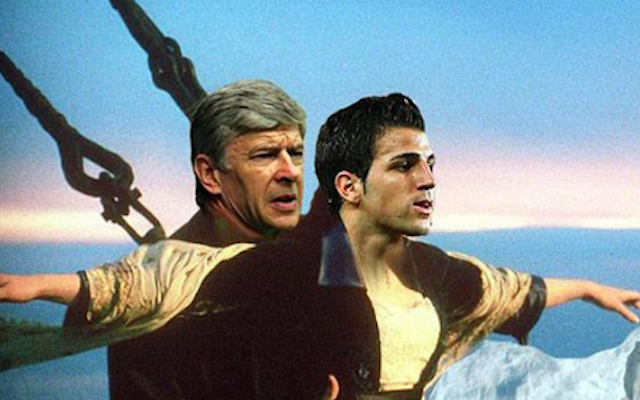 Arsenal boss was speaking to members of the club at a dinner event.

Arsene Wenger may have finally revealed just why he didn’t sign now Chelsea midfielder Cesc Fabregas, despite Arsenal having first refusal on the midfielder when he was sold by Barcelona in the summer.

The Gunners manager was speaking to fans at an event at the Emirates Stadium for Diamond Club members and gave some interesting quotes on the situation his side faced when it became clear Fabregas was for sale in the summer.

Wenger said that he only had 48 hours to decide whether he wanted to sign Fabregas, presumably before the deal with the Blues could be finalised, and said he faced an almost Catch-22 situation in that he would have to have sold one of Arsenal’s key midfield trio; Mesut Özil, Aaron Ramsey or Jack Wilshere.

Went onto say that on Cesc he had Ozil,Aaron,Wilshere Etc but had 48hrs to decide…..

……He had no plans to sell anybody, but would have had to if he’d have chosen to sign him

The French coach seemed to suggest, however, that given the situation again he may have handled it different by saying he regrets that effectively Arsenal’s reluctance to sign the Spaniard has managed to make Chelsea a better side.