The scenes unfolded ahead of tonight’s FA Cup tie against Cambridge United.

Manchester United manager Louis van Gaal and substitute goalkeeper Victor Valdes were caught up in an off-the-field drama ahead of tonight’s FA Cup third round clash away to Cambridge United, report the Mail, with a bloodied home supporter receiving treatment in the away dugout after he reportedly fell near the dugout area.

Van Gaal and Valdes were both seen watching on with concern as the fan received treatment from the United medical staff, with the Cambridge fan seen to have a bloodied head in the images that were taken of the incident.

The report indicates that it is not yet known whether the man was okay to stay and watch the game, but he is thought to have slipped in the area near the away dugout and required medical attention for an injury to his head.

Reserve goalkeeper Valdes is yet to make his debut for van Gaal since signing an 18 month contract with the club to be an able deputy to international teammate David de Gea. 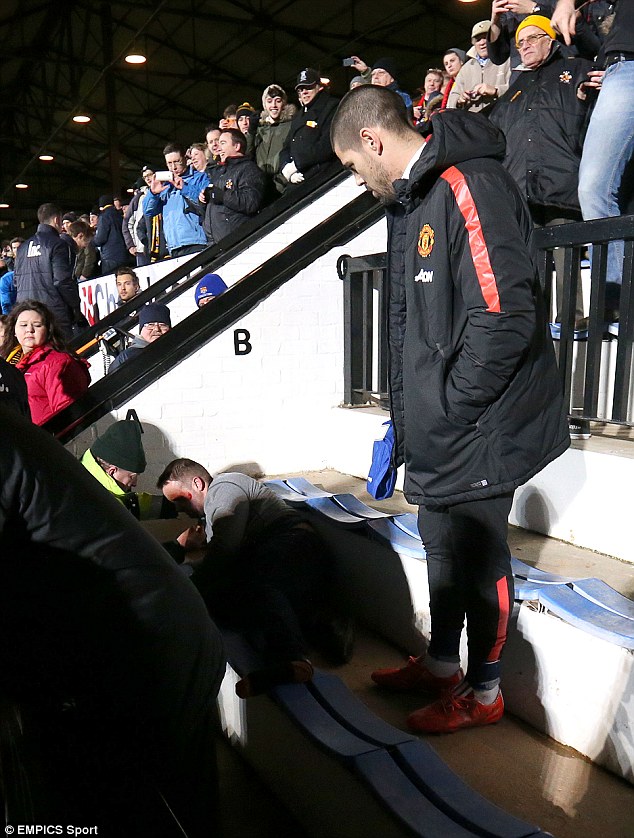 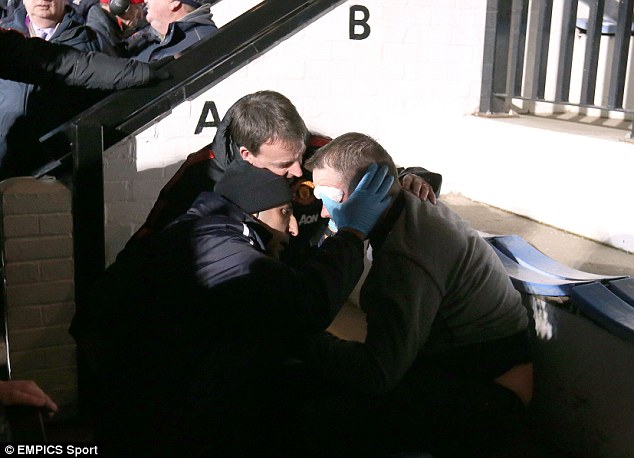 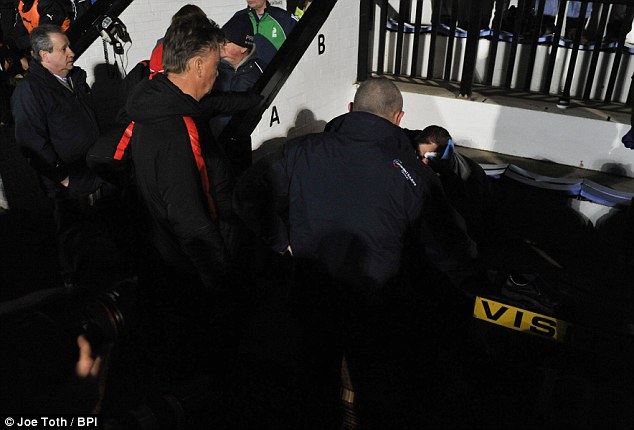 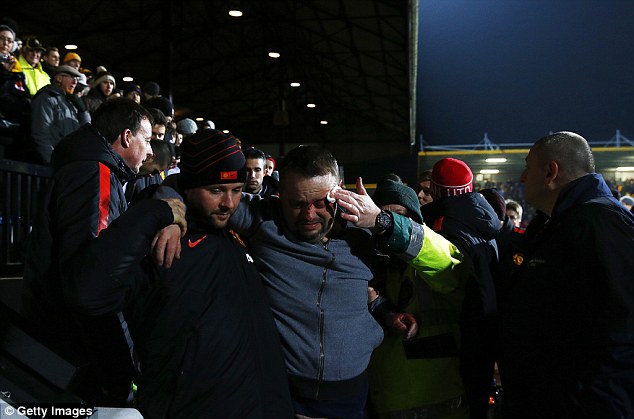 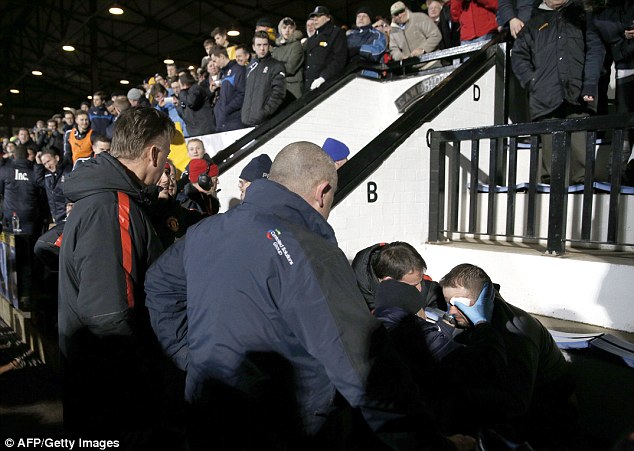 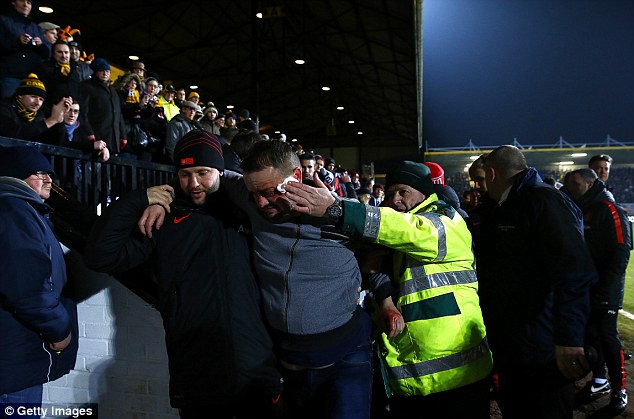