We give our marks to Louis van Gaal’s side after their FA Cup fourth round trip to Cambridge United.

Manchester United will face an FA Cup fourth round replay after they were stunning held to a 0-0 draw by League Two outfit Cambridge United at The Abbey this evening, with Richard Money’s stubborn side putting up fine opposition.

Despite fielding the likes of Angel di Maria, Radamel Falcao and Michael Carrick from the off in Cambridgeshire, United struggled to unlock the door and will now face a second game against the League Two side. This is how we rated van Gaal’s men:

GK) David de Gea 6 – Had one or two nervous moments from set pieces in the first half as Cambridge looked to use their height advantage, but otherwise rarely needed.

RB) Antonio Valencia 6 – Looked more comfortable when van Gaal switched his formation to allow him to play as a wing back, but the Ecuadorian’s final ball wasn’t good enough.

CB) Phil Jones 7 – Actually played pretty well and was intelligent in his defensive positioning. His distribution was shaky, however, and the sight of him taking corners was again bizarre. 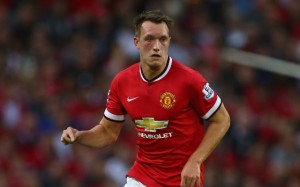