United chief eager to take on the U’s at their own game?

Manchester United manager Louis Van Gaal has said that his team are ready to weather the storm of a long ball battering from Cambridge United to secure their passage into the next round of the FA Cup, The Sun reports.

Cambridge are the lowest ranked team left in the competition, and host the Red Devils on Friday night.

Speaking ahead of the game on Thursday the Dutchman said; “When you see Cambridge and analyse them, they play very direct with long balls.

“They have five or six players above 1 metre 90, so for us it is difficult to defend.

“That’s why you have to prepare yourself very well. It is not so easy to beat Cambridge United.”

However, it’s ironic he should say that, because a report from earlier in the day proved that United are in fact the side the play the most long balls in any of Europe’s top five leagues this term.

He must be having a right laugh. 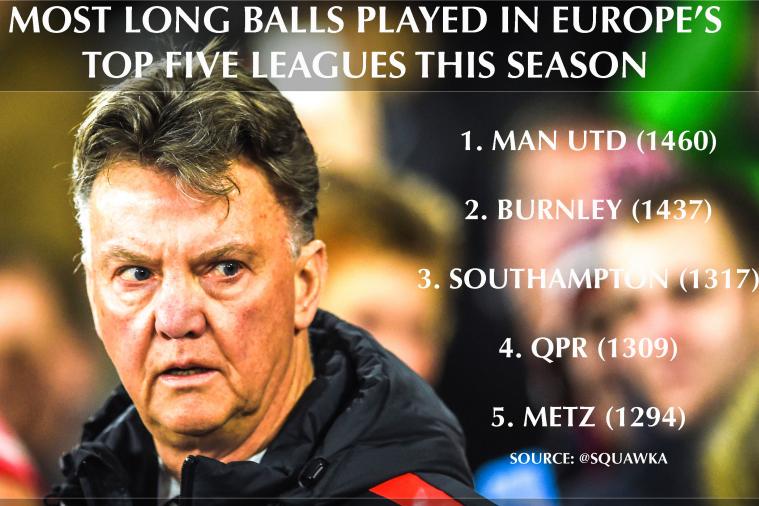