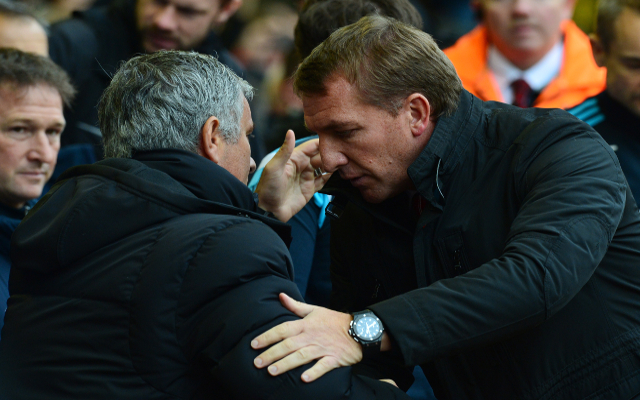 The Metro suggest that Chelsea manager Jose Mourinho will look to lure Steven Gerrard to Stamford Bridge next season in a move that would surely anger the Anfield faithful.

Jose Mourinho saw veteran midfielder Frank Lampard move to the MLS only to then be loaned to Man City for the current campaign and the Blues boss may well be looking to complete a similar coup.

Liverpool midfielder Steven Gerrard has already agreed a move to join the LA Galaxy in the summer but as the MLS season doesn’t kick off until the following February there is seemingly scope for a temporary switch.

Given that Gerrard has been a one club man his entire career it would be hugely surprising if he were to consider a move to another Premier League side, even on a short term basis.

Gerrard joined Liverpool as an eight year old and has served the club with distinction for 17 seasons though never secured a Premier League crown, a move to Chelsea could perhaps offer the former England man the chance to correct that.

Mourinho has seen Lampard make a real impact at the Etihad Stadium and may feel Gerrard could offer a strong back-up option next term.