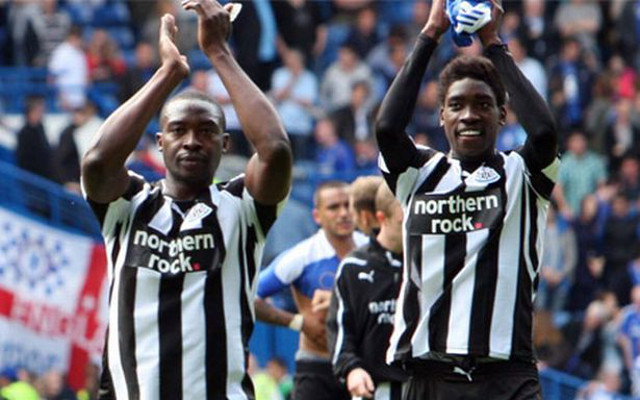 The Nigerian striker is currently available on a free transfer.

Crystal Palace manager Alan Pardew is closing in on a deal to be reunited with former Newcastle United striker and cult hero Shola Ameobi, report the Mail, with Pardew keen to bring the Nigerian international to Selhurst Park on a free transfer after his departure from Turkish Super League outfit Gaziantep.

Despite the form of Dwight Gayle since Pardew made the move from St. James’ Park to replace Neil Warnock, there is a feeling that Palace need another centre forward option if they are to ensure Premier League survival this season, with Moroccan Marouane Chamakh often used in midfield and far from prolific.

Ameobi would fit the bill as a short term stop gap who is well versed in Premier League football, although his time with Gaziantep was brief and undistinguished and he was rarely seen as first choice by Pardew during his final season with Newcastle.

The report suggests that, whilst West Bromwich Albion’s new boss Tony Pulis is also interested in a deal to sign Ameobi, the player’s preference is to re-join his former manager at Palace.