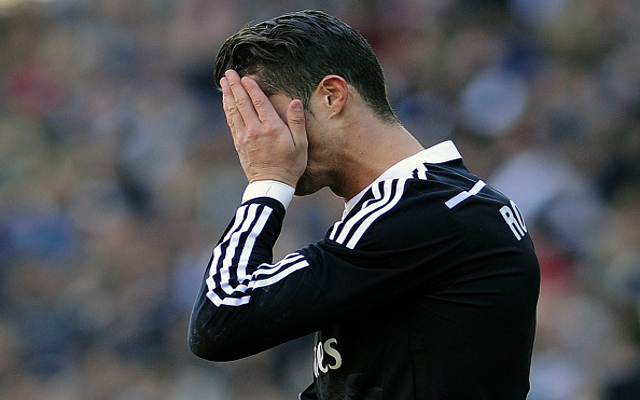 Ronaldo was sent off for violent conduct in the closing stages today.

Real Madrid superstar Cristiano Ronaldo has apologised to the club’s supporters for his lack of discipline after the former Manchester United man was sent off for violent conduct in the closing stages of his side’s narrow victory against relegation threatened Cordoba this afternoon. Ronaldo saw red in the 82nd minute after appearing to kick out at and punch an opponent in the penalty area, but some of the anger was spared when Gareth Bale scored a last gap winner from the penalty spot for Real, who won 2-1.