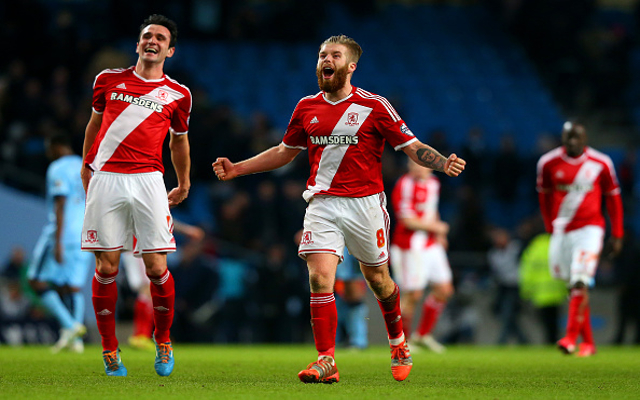 Middlesbrough secure passage to the FA Cup fifth round after a superb win at the Etihad Stadium.

After an even cagey first half loaned in Chelsea man Patrick Bamford bundled the ball home after keeper Wily Caballero had made an error early in the second half to give Middlesbrough the lead.

Spaniard Kike completed Middlesbrough’s victory with a strong finish in the dying moments.