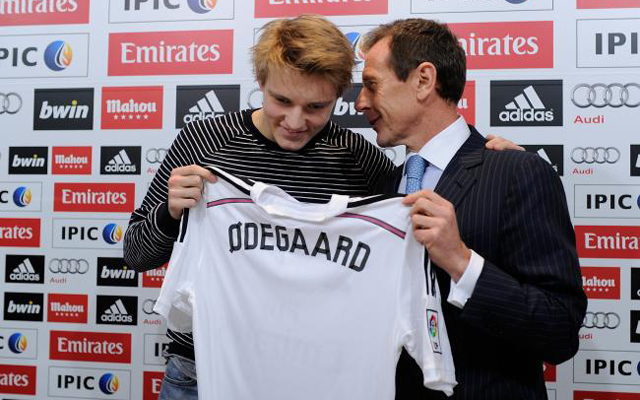 Barcelona made a late attempt to sign Norwegian international Martin Odegaard, who instead joined La Liga rivals Real Madrid in a deal that will see him earn a staggering £80,000-per-week.

Reports in the Spanish media, most notably from Marca, have revealed that the Camp Nou side attempted to prevent the European Champions from completing the move by making a late counter offer, which would have seen Odegaard remain with Stromsgodset for another year – and arrive on the completion of their transfer ban in two windows’ time.

Barcelona are currently prevented from making any new signings because of their ongoing ban. However, they were still looking to try and strike a deal that would have seen them officially complete their move in twelve months time…

Journalist Ruben Jimenez goes as far as to suggest that Barcelona were attempting to create another ‘Neymar debacle’, but missed out after leaving it too late to make their move.

Stromsgodset informed Luis Enrique’s side that the deal with Real Madrid was done and that the player – who was also targeted by a host of other European clubs including Arsenal and Liverpool – had made his decision.