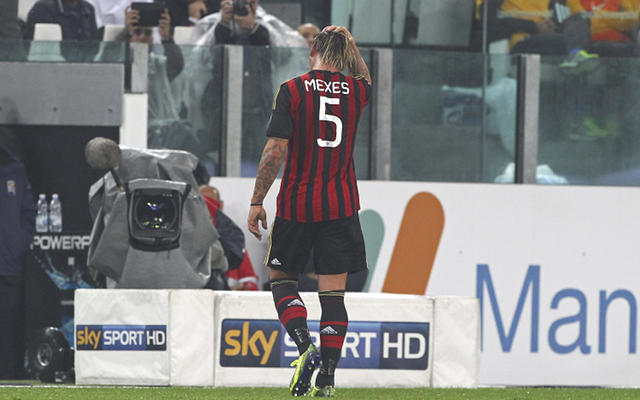 Juve hungry for goals against Chievo and in transfer market…

All the latest headlines from the newspapers in Italy as AC Milan lose to Lazio, Philippe Mexes disgraces the club and Pippo Inzaghi is at risk of losing his job.

– Bianconeri without Andrea Pirlo, Andrea Barzagli back after four months.

– Erick Thohir unstoppable: straight away a midfielder, then run to Yaya Toure. ET meets Moratti, pushes for one from Leiva, Motta and Diarra.

– Punches, kicks: out! When Ronaldo loses his mind.

– The referee doesn’t award three penalties for the Biancocelesti, who go third again.

– Cagliari take off with Cop.

– Roma face Fiorentina test and Juve want to break away.

– Ronaldo, red card for a kick.

– Between Chievo and the transfer market. Allegri’s getaway plan at the top: ‘Five points aren’t enough’.

– Against the team that is dominating the January market, the Granata must compensate for lack of Cairo action.

– Lazio celebrate, they go third on their own.

– Garcia tries with a smile.

– Ronaldo crazy! He punches Edimar and then apologises.