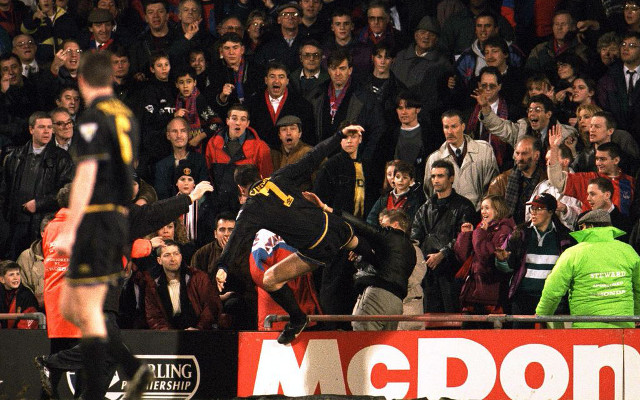 Former Manchester United star Eric Cantona has revealed his only regret about attacking a Crystal Palace fan twenty years ago is that  he wish he’d hit him harder, the Daily Mail reports.

The eccentric Frenchman received a nine-month ban for this assault, and had to do 120 hours of community service in one of the many defining moments of his memorable career in the Premier League.

Cantona is well remembered as a superb footballer, but also a quirky character and this incident has lived long in the memory, all the more so because the man himself has never apologised for his mad outburst.

After wildly losing his temper in a game at Selhurst Park, Cantona aimed a kung-fu kick at an abusive supporter in the stands, before following it up with several punches, though he still feels now that he didn’t hit him hard enough!

Cantona insists he is not a role model, and feels he had the right to do what he wanted to do in that situation.

“I didn’t punch him strong enough. I should have punched him harder,” he said.

“I didn’t think that I had a responsibility not to do it because of who I was. No, I was just a footballer and a man. I don’t care about being some sort of superior person. I just wanted to do whatever I wanted to do.

“If I want to kick a fan, I do it. I’m not a role model. I’m not a superior teacher, telling you how to behave. I think the more you see, the more you realise that life is a circus.” 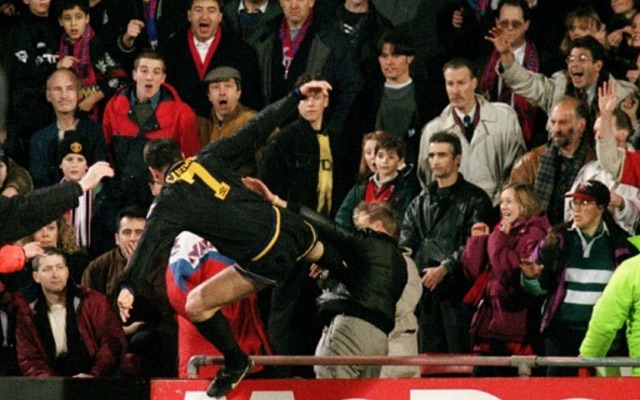