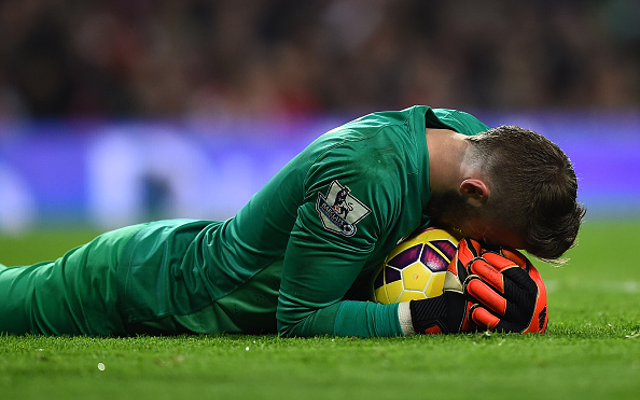 Old Trafford side may struggle to keep hold of keeper.

Man United keeper David de Gea’s future career plans will not be motivated by money according to the Daily Mirror.

This revelation comes amid reports that the Old Trafford outfit are ready to hand the 24 year old keeper a bumper new deal worth around £200k a week in order to fend off growing interest from Spanish giants Real Madrid.

If one reads between the lines then you could be lead to believe that a claim that money is not a factor would suggest a move to Real Madrid is one that De Gea is keen on pushing for.

This source makes a point of stating that the Bernabeu side’s contract offer would be far below that which Man United would make and it may just be a case of the former Atletico Madrid man being keen on a move back to his hometown.

Carlo Ancelotti is said to see De Gea as a long term replacement for Iker Casillas.