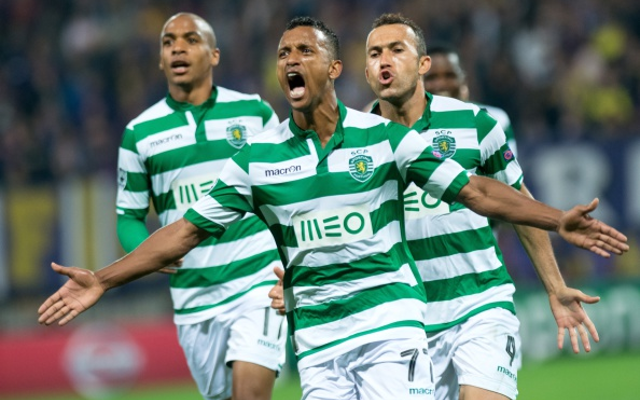 Loaned out Man United man Nani is keen on securing another chance at Old Trafford, according to the Metro.

The 28-year-old flattered to deceive in recent seasons and also suffered with persistent injuries but has certainly impressed during his season long loan spell at Sporting Lisbon.

Nani has bagged seven goals and proven a real menace in the Primeira Liga and has revealed that Man United are keen to keep hold of him despite his temporary return to Portugal.

“I just need someone to believe in me, trust me and my qualities, and give me an opportunity to show them on the pitch,” Nani stated.

“It’s an experience I wanted a lot and needed as well because the last two seasons at Manchester United I had so many injuries and I was very upset with a lot of things that happened to me.

“I was missing my family and friends and I wanted something new. The only opportunity I had to be happy, and Manchester United to be happy as well, was this one.”

On the matter of perhaps feeling unwanted by Man United Nani was unequivocal.

“No. Because the club know my value and I know they want me to stay.

‘It was me who made the choice to leave the club and it was a good decision by me because I knew if I stayed one more season at Old Trafford, it would be very hard for me.’

Nani moved to Man United in 2007 and has made 228 appearances for the club helping them to four Premier League title as well as a Champions League triumph among a host of honours.