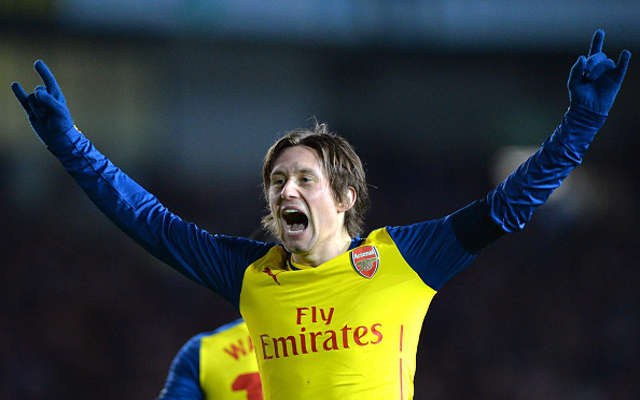 Gunners edge past the Seagulls after five goal thriller on the south-coast.

Arsenal hang on at the death after superb cup tie against Championship side.

Theo Walcott made an instant impression on his return to the Arsenal starting eleven, burying home a fine finish after just a couple of minutes.

On 24 minutes Mesut Ozil found himself with time and space in the box and made no mistake to double the Gunners lead and the game looked to be drifting away from Chris Hughton’s home side.

Brighton came out for the second half with renewed purpose and was immediately back in the tie when Chris O’Grady fired into the bottom corner.

Once again Brighton played themselves back into the match with speedy striker Sam Baldock neatly dinking in to reduce the arrears.

Both sides might have netted again but the game finished 3-2 with the holders moving safely into round five of the FA Cup.