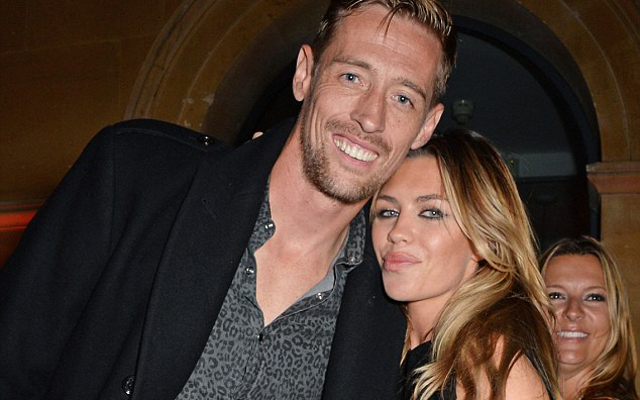 Clancy isn’t letting the Stoke City striker anywhere near her.

Abbey Clancy, the other half of Stoke City and former England striker Peter Crouch, has opened up about her pregnancy and said that she won’t let her husband anywhere near her currently because she is suffering from severe swelling that has made her body painful to touch.

Quoted by the Mail, Clacy seems to be having mixed feelings about the actual pregnancy itself, saying that it’s both a “miracle” and making her feel “fat and ugly”:

Clancy also said that she wouldn’t be letting Crouch anywhere near her “big boobs” due to the painful swelling:

“Pete’s not too happy with me moaning every two seconds (and) the perks — the big boobs and that — he can’t go anywhere near because they’re too painful.”