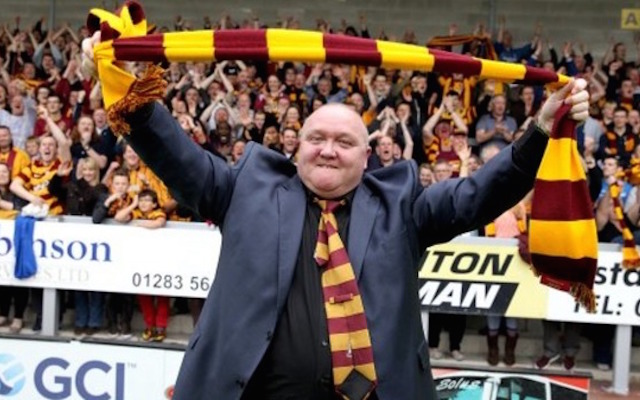 Bradford City co-chairman Mark Lawn says he hopes his club draw Manchester United in the fifth round of the FA Cup after their sensational comeback win over Premier League leaders Chelsea at Stamford Bridge.

Phil Parkinson’s side came from 2-0 down to beat the country’s in-form team in one of the shock results of the whole tournament’s recent history, and they now want another big draw against one of the most historically glamorous names in English football.

Lawn said that his wife is a United fan, which would make it extra special, and he hopes to be able to treat his fans to a trip to Old Trafford for their next game.

“My wife’s a big Man United fan, so hopefully (we get) Man United away,” he was quoted by the Daily Mail.

Lawn is still beaming from the win at Chelsea, and says it is on a par with beating someone like European giants Barcelona for a club like Bradford.