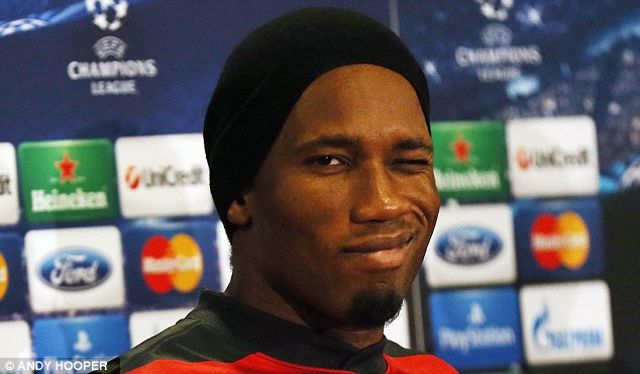 Blues legend wants to continue with the club.

Chelsea striker Didier Drogba says he wants to remain at the club in some capacity beyond this season, hinting at entering a promotional role for the Blues, according to the Guardian.

The Ivory Coast forward, who rejoined Jose Mourinho’s side in the summer two years after leaving, still feels he has unfinished business with the club, though it is not yet clear if he will carry on playing.

The veteran front-man, who turns 37 this March, has six goals for Chelsea in all competitions this season, and has shown he can still do a job as a backup player in the squad.

It has previously been suggested that Drogba would take up a coaching role with the club in the future, though he has now been quoted as saying he could be interested in doing promotional work for the side instead – in some sort of possible ambassadorial role.

Speaking after being honoured at the 2015 Football Writers’ Association Tribute Award in London on Sunday, he said: “When you have achieved so much and won so many trophies like we have done in the past 10 years, that creates something special.

“I hope, and the club makes me believe, I am part of this big family, so we are going to find the best thing for both of us to promote the club in the best way.”