Manny Pacquiao has hit the headlines by asking a very awkward question while judging the Miss Universe contest, reports the Daily Mail.

The boxer asked Miss USA, “If you were given 30 seconds to deliver a message to a global terrorist, what would you say?” None of the other contestants seemed to get the same treatment from the welterweight world champion.

Miss Colombia ended up winning the award, which had Donald Trump and Kristin Cavallari as well as Pacquiao judging.

Check out a few photos of the ceremony over the next few pages…. 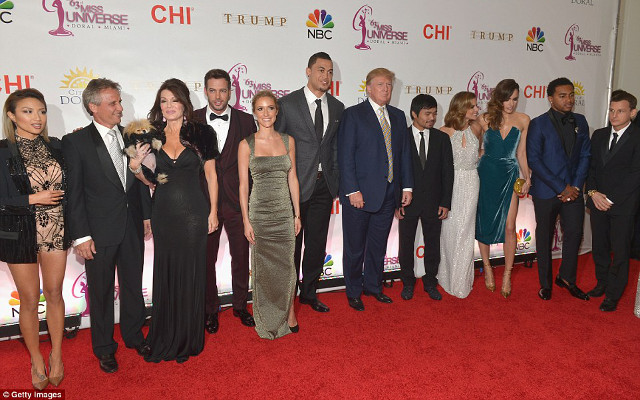