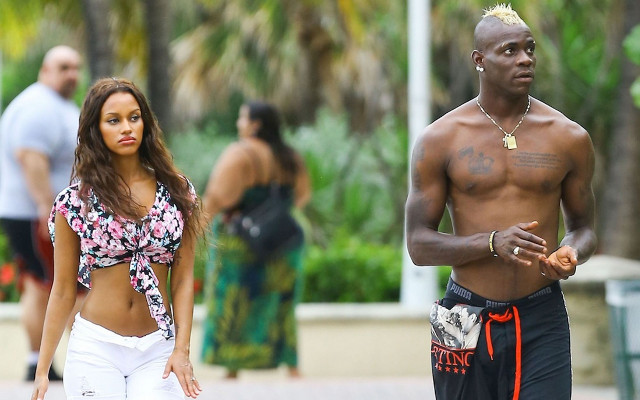 According to the Daily Mail Mario Balotelli was dumped by fiancee Fanny Neguesha as he didn’t want to see her in revealing photo-shoots with the Liverpool striker hating the idea of men ogling over her.

READ MORE:
(Video) Irina Shayk, Ronaldo’s Ex, Stars In Jaw-Dropping New Music Video To Rub Salt In Cristiano’s Wounds
Brendan Rodgers On What Mario Balotelli Must Do To Get Back In The Liverpool Team
(Video) Cristiano Ronaldo Dresses as Homeless Man, Shows Off Football Skills In Madrid City Centre

The Italian proposed to Neguesha at last year’s World Cup in Brazil, yet the relationship came to an early end with Balotelli reportedly ordering her to quit modelling.

However, the 22-year-old beauty didn’t like the forward’s demands, ending the relationship and returning his £25,000 engagement ring.

Neguesha revealed on Italian TV that:

“He didn’t want to see me in photoshoots – or singing and dancing,” she said.

“I should have taken a bit more time and thought about it before I accepted his proposal.”

“In the end I returned the engagement ring to him. He was upset but we have both moved on now,” Neguesha continued.

Perhaps the Reds attackers’ troubles on the football pitch stem from his recent troubled love-life.