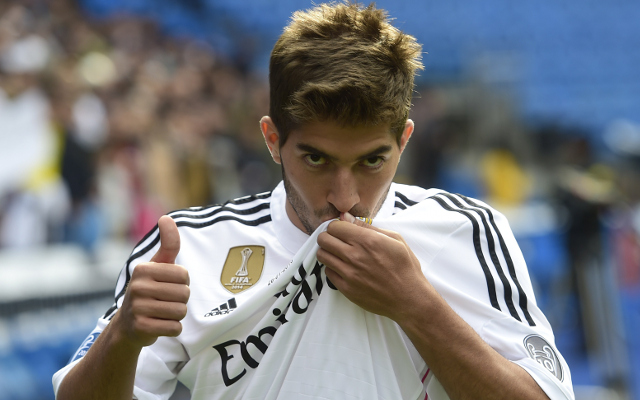 Silva has been welcomed at the Bernabeu

Lucas Silva signed for Real Madrid from Cruzeiro last Thursday for a fee rumoured to be around £14m, and the 21-year-old has been welcomed at the Bernabeu today, as tweeted by the club’s official account.

READ MORE:
John Carver Named Newcastle Manager Until The End Of The Season
FA Cup 2014-15 Fifth Round Draw: Watch FA Cup 5th Round Streaming Draw, Live
Brendan Rodgers On What Mario Balotelli Must Do To Get Back In The Liverpool Team

Take a look at the pictures of Real Madrid’s new signing in action below: