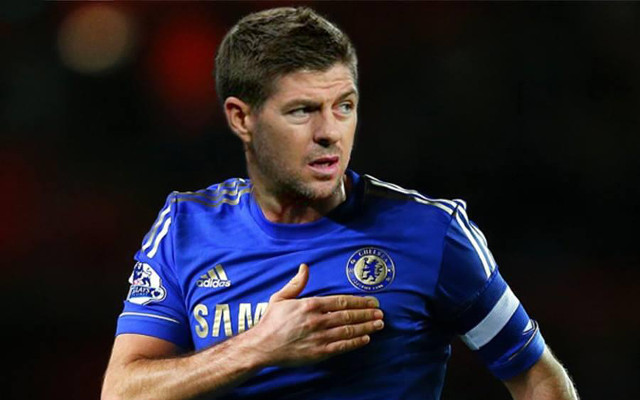 In November 2014, Jose Mourinho ruled out signing Liverpool captain Steven Gerrard. Two months later and a potential move is back on the table and could be a shrewd decision from the Chelsea boss.

To put that into context, in November Gerrard was still undecided on his future. With his Liverpool contract up for renewal, Mourinho was asked whether he’d consider signing the midfielder if he became a free agent.

“How long can he still play? I don’t know,” he told Sky Sports at the time, seemingly rubbishing the story. “No. It was a long time ago,” he added when asked whether he regretted missing out on the Reds skipper a decade earlier.

It’s a scenario reminiscent of former Chelsea player Frank Lampard, who left Stamford Bridge for New York City at the end of last season, only to make the switch to Manchester City a couple of months later.

His move has certainly come back to haunt Mourinho, who surely must regret allowing him to tarnish his Chelsea legacy by playing such a vital role for a Premier League title rival. Lampard even scored against Chelsea last year, one of seven goals he’s netted this season.

Could Gerrard do the same? The 34-year-old insisted ahead of his move to Los Angeles that he would not join another Premier League team, but would his outlook change if Chelsea put a loan offer on the table next season and Liverpool didn’t?

According to reports in the Metro, Chelsea are now interested, while you have to think that the opportunity to contribute towards a potential Premier League title win and play in the Champions League (should the Blues form next season match this) would be hard for Gerrard to turn down.

While, like Lampard, he wouldn’t be a regular starter, his wealth of experience and touch of class would add value to Chelsea’s already talented squad. Mourinho has taken on a similar approach with Didier Drogba this term, using him as an impact substitute, so there’s little to suggest that Gerrard could not do the same.

Despite his ageing legs, he’s come up big for a number of games this season – starring in the Merseyside derby against Everton, as well as several of the Reds cup matches. Add in the psychological blow the move would cause to Liverpool and it’s a win, win move for the Blues.

This one certainly remains unlikely, but you never know it football. How ironic it would be if Gerrard finished his Premier League career with the team that Liverpool tried for so long to keep him out of the clutches of.