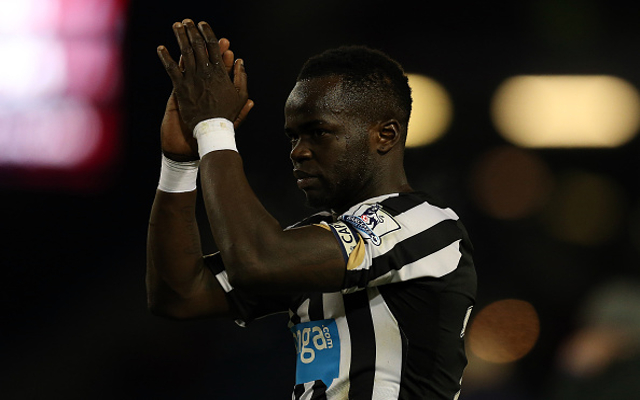 Having all but completed the capture of Villarreal centre-back Gabriel Paulista, it appears that Arsene Wenger will now set his sights on signing a defensive midfielder.

The Arsenal manager continues to pursuit Southampon star Morgan Schneiderlin but is also tracking Newcastle United’s Cheick Tiote according to the Daily Express.

The 28 year old Ivory Coast international is currently away on national team duty at the African Cup of Nations tournament and is said to be a reported target for both Man United and Liverpool.

Currently Arsene Wenger has seen Francis Coquelin put in some sterling displays since being brought back into the fold from his loan spell at Charlton Athletic.

Average form shown by Mathieu Flamini and Mikel Arteta’s injury lay-off led to the move to end Coquelin’s temporary spell in the Championship and it’s certainly an area of Arsenal’s squad that could do with some investment.

Tiote is into his fifth season at St James’ Park and given that Magpies owner Mike Ashley is well versed in cashing in on his top performers one imagines a bid well in excess of the bargain £3.5m Newcastle United paid FC Twente for the enforcer may well be considered.