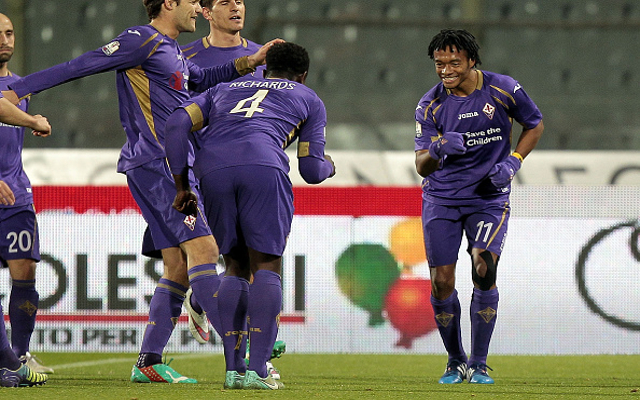 Chelsea have reportedly reached an agreement with Fiorentina winger Juan Cuadrado on personal terms following talks with his agent Alessandro Lucci according to SportMediaSet.

The Serie A side are loathed to lose the impressive 26 year old Colombian and will demand the Stamford Bridge outfit meet the player’s £26.8m release clause as they are determined to not accept a penny less.

Jose Mourinho is seemingly keen to freshen up his wide-attacking options and could look to cash-in on German forward Andre Schurrle whilst Egyptian winger Mohamed Salah is reportedly close to securing a loan move to AS Roma.

Cuadrado bagged 15 goals in all competitions for Fiorentina last term, helping Vincenzo Montella’s side to a healthy fourth place finish in Serie A, before impressing at the 2014 World Cup finals.

Whilst the South American may not have reached the same heights during the current campaign he is still the Stadio Artemio Franchi side’s leading assist maker.