The game was played in Brazil’s Puerto Alegre as part of the two sides’ pre-season warm ups.

Ahead of the game, the two sets of players clustered around a banner appealing for the Russians and Ukrainians to end the war. It was all very noble – Donetsk has been badly hit by the recent violence in the Crimea and surrounding area.

The message obviously didn’t quite get through to the player though, as three players saw red. It’s unusual in any game, but downright appalling in an anti-war friendly! 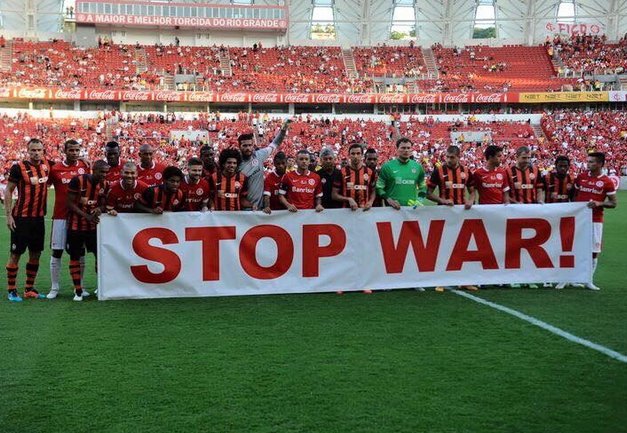 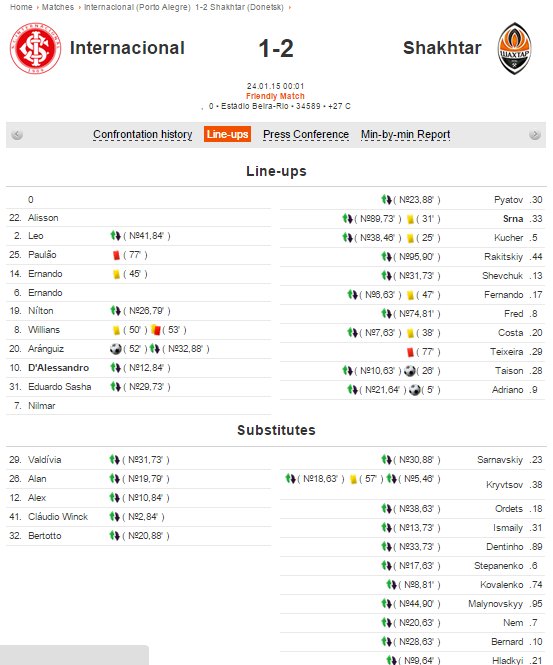