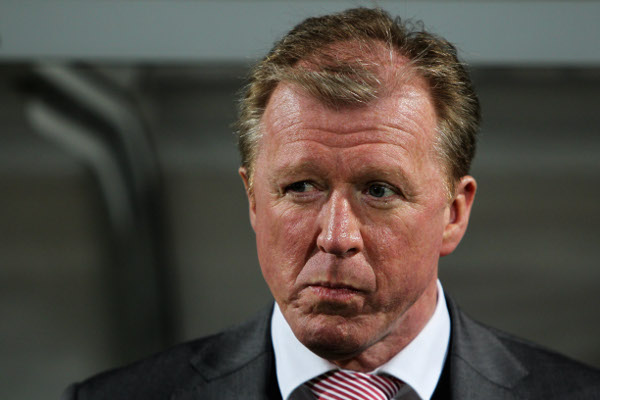 McLaren has no intention of leaving promotion chasing Rams.

Newcastle United are set to make former England manager Steve McLaren their number one target to eventually take over from Alan Pardew, report the Mail, after the Magpies confirmed that caretaker manager John Carver would remain in charge of the club until the end of the current season.

The Magpies have been unable to lure McLaren away from his current job currently, however, with the former FC Twente and Wolfsburg boss determined to see out the Rams’ bid for promotion back to the Premier League.

Derby heartbreakingly missed out on promotion last season after a last gasp Bobby Zamora winner in the Championship play-off final against Queens Park Rangers, but look well placed to go one better this season and are also still in the FA Cup after a local derby win over Chesterfield at the weekend.

Newcastle are keen to lure McLaren away from Pride Park once the season comes to a close, whatever the outcome of Derby’s promotion bid, with the former England boss thought to have a good relationship with members of the St. James’ Park hierarchy as well as chief scout Graham Carr.