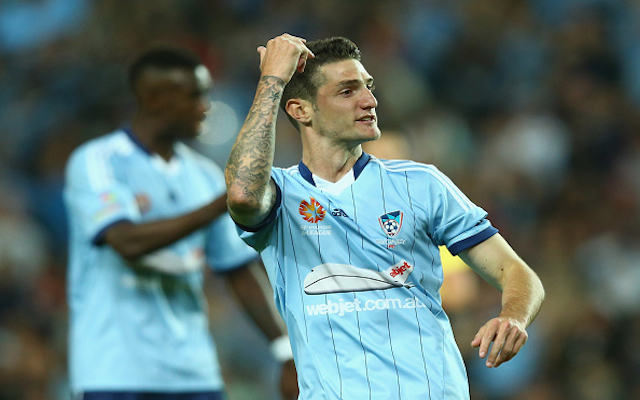 Gameiro has professed his love for Bouchard on Twitter and offered his hand in marriage.

Sydney FC striker Corey Gameiro has thrown out a cheeky marriage proposal to Canadian tennis sensation Eugenie Bouchard while he recovers from a season-ending knee injury.

SEE ALSO: AUSTRALIAN OPEN NEWS
To get in the Australian Open spirit, we look at the Top 5 Craziest Tennis Players in history
Fowler Nishikori: Watch as ESPN commentator Chris Fowler comes up with some..err..interesting facts about the Japanese star
Murray Sears: The British tennis star says he plans to “free ball” at his wedding later this year

Theres no doubt that Bouchard – who was knocked out of the Australian Open on Tuesday – is a much-sought after woman.

But credit to Corey for trying.

You never know if you never give it a go!

Sucks that @geniebouchard is out of the #AusOpen!! My favourite tennis player, hope this tweet finds you as it's also my proposal. Marry me?