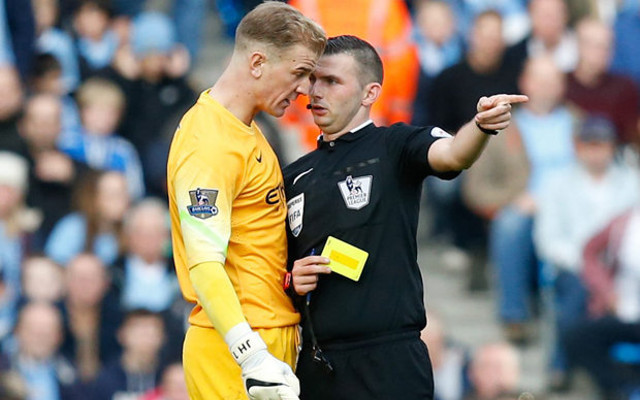 Michael Oliver had a shocker of a performance in the Capital One Cup second-leg tie between Chelsea and Liverpool. The referee was seemingly blind to every key incident in the game…

Michael Oliver reduced to shaking players’ hands when he books them. He must have been given a wedgie by a footballer as a child. #CFCvLFC

Michael Oliver delivering a firm handshake with the yellow card there. I can only assume it’s a cuddle or a kiss on the cheek for a red card

Dunno what you’re on about, Michael Oliver is a top referee who definitely has the bottle to deal with big players. pic.twitter.com/s3lPDAwiyA

Michael Oliver be refereeing in League 1 next weekend.