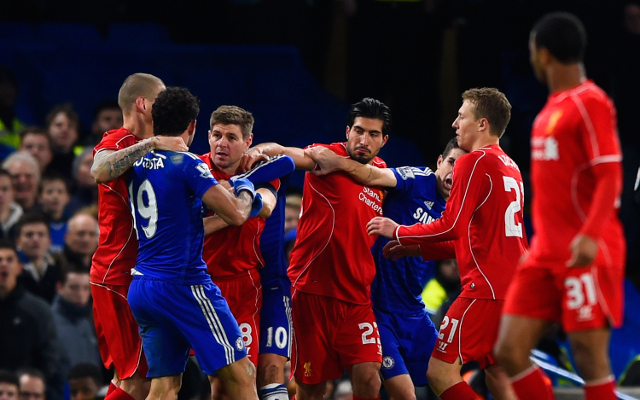 Chelsea striker Diego Costa has finally found his name in the referee’s notebook after a clash with Liverpool captain Steven Gerrard.

The pair scuffled on the floor before squaring up – and was it an attempted headbutt from the former England international?