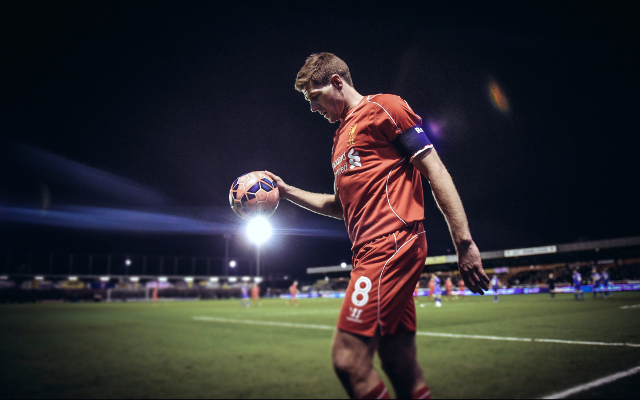 Such a fan in fact, that he wears Gerrard’s armband every time he skippers the Serie A giants.

The story goes that when Alberto Aquilani joined Fiorentina from Liverpool, Manuel Pasqual told him that he’s a huge Steven Gerrard fan. Aquilani immediately phoned Gerrard and asked him to send his armband to Pasqual as a gift. Stevie did it, and till this day Pasqual wears that armband when he plays as captain.

You can see Pasqual wearing the armband whilst getting substituted in the video below. Because he won’t let anyone else wear Gerrard’s band, his replacement Marcos Alonso had to bring a new armband on the field with him!