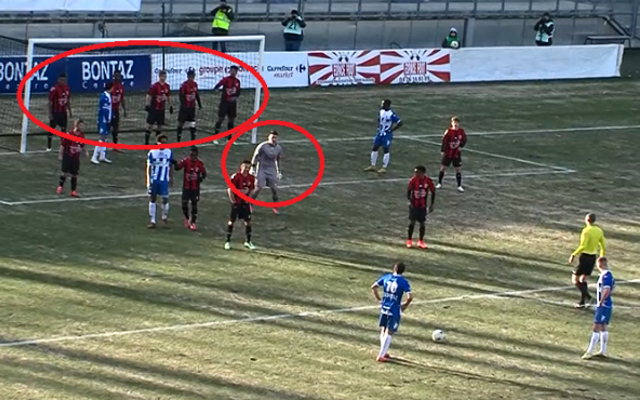 Could the Premier League be seeing this soon?

Nice B have come me up with an unusual way of defending free kicks. They deployed their goalkeeper outside of the six yard box, while five of their defenders are on the line!

It worked well for the reserve side in their match against Grenoble, with one of the men on the line easily heading the ball away.

Could we be seeing this more often?