Cuauhtemoc Blanco, currently a player for Puebla in Mexico’s Liga MX, is set to become involved in politics as he runs for major for the city of Cuernavaca in the state of Morelos.

The legend and always controversial footballer is now a candidate to become the head of the municipality between 2015 and 2018.

The still-striker of Puebla was presented at the premises of his party in the capital of Morelos to prove his residence in the city and thus to meet the minimum requirements to stand for election – the vote will be held on June 7th. At the moment he is the only candidate, so shouldn’t have any trouble winning!

“I’m not a politician, I come from the bottom and I want to help people because what matters is to work to help Cuernavaca moving forward”, said Blanco during a press conference.

Blanco may possibly face a sanction from the Liga MX, since according to their ethics code Article 7, players must remain neutral about political and religious issues. The conflict could also reach the FIFA, since Article 14 of their Code of Ethics also includes an “obligation of neutrality.”

Below is the picture of Cuauhtemoc Blanco during his presentation with his party. 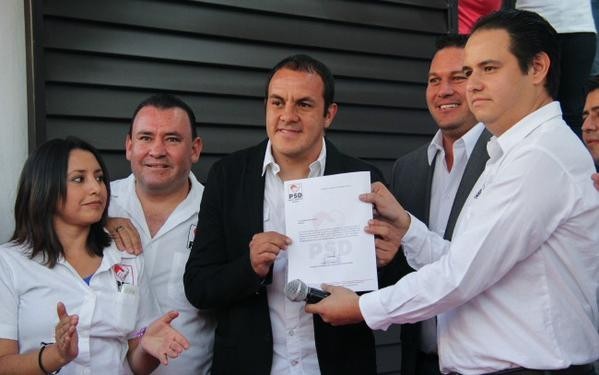