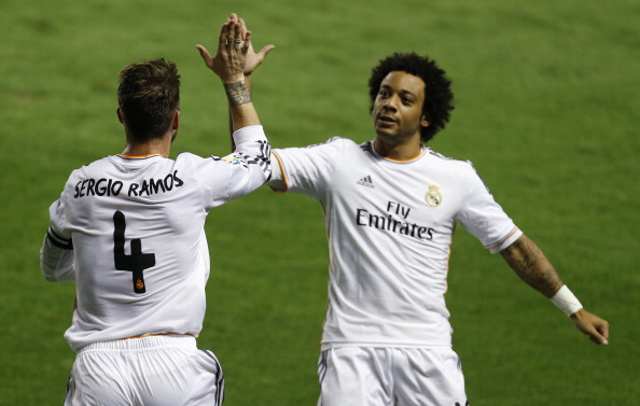 Would he be a good replacement for John Terry?

Chelsea have contacted the agent of Real Madrid and Spain defender Sergio Ramos, according to The Express.

The 27-year-old Spain international is under contract with the La Liga giants until July 2017, but he has rejected the club’s initial offer of a new deal.

Arsenal and Manchester United are both interested in bringing Ramos to the Premier League.

However, Chelsea, who reached the final of the Capital One Cup on Tuesday night by defeating Liverpool at Stamford Bridge, appear to be leading the race.

Mourinho is on the lookout for a long-term replacement for John Terry, 34, and Ramos might just fit the bill.

Chelsea could well try to sign Ramos this summer, but Real are unlikely to let him leave without a fight.

Ramos has been capped 124 times by Spain at senior international level. He is one of just eight Spaniards to play 100 times for La Roja.