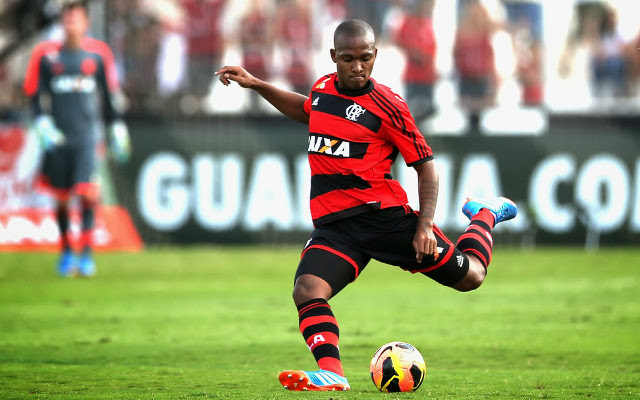 Flamengo have signed Jonas from Brazilian Serie B side Sampaio Correa.

Corinthians were thought to be close to a deal for the 23 year old, but their interest in the player waned allowing him to sign a four year deal with their rivals.

“I am very happy. I thank God that with a lot of effort and hard work with I got what craved. Now I play on a team like Flamengo. My happiness is even greater because my whole family are Flamengo fans” the player told Globosport.

As ever with Brazilian transfer dealings, the finances are shrouded in mystery. The President of Sampaio Correa, Sergio Frota, explained that the Maranhao club sold 70 percent of the player’s rights to a group of investors for a $1 million dollars and kept another 15 percent. Entrepreneurs then negotiated directly with Flamengo to conclude the deal.

Jonas becomes Flamengo’s sixth signing of the winter. They finished last season in a disappointing 10th place and fans were demanding investment in the side.

Neymar linked with SENSATIONAL loan move as PSG attempt to find a club for him July 31, 2019 21:42
FC Barcelona