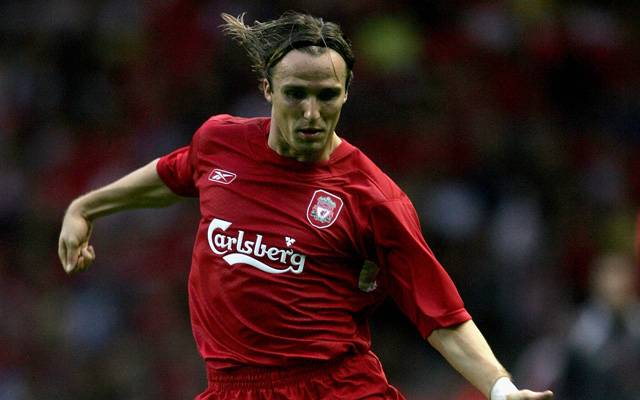 Brendan Rodgers must win trophies for the Liverpool fans…

Former Liverpool and Chelsea midfielder Bolo Zenden has issued a warning to Kop boss Brendan Rodgers, declaring that the Northern Irishman must deliver trophies if he is to keep his job at Anfield.

Rodgers took charge at the Merseyside club in 2012 and led them to a second place finish in the Premier League last season. Most recently, the Reds reached the semi-final of the Capital One Cup, only to lose to Chelsea at Stamford Bridge.

Branislav Ivanovic scored the only goal of the second leg, sending the Blues through 2-1 on aggregate after extra time. Liverpool dominated much of the tie, but couldn’t find a way past an inspired Thibaut Courtois in the Chelsea goal.

Following the game, Zenden has reiterated that Rodgers must end the club’s trophy drought – which stretches back to a League Cup win under Kenny Dalglish in 2012 – if he is to keep the Liverpool fans on side.

Zenden, who was quoted by the Daily Express, said: “The way Liverpool have been playing lately has been fantastic. Obviously the fans are far more happy now than they were at the beginning of the season, but Liverpool and the fans are always looking for the team not just to win games but to get themselves to a final and win a trophy.

“If there is a [trophy] drought it could start working against Brendan Rodgers. If you look at his team, there is a lot of youngsters, a lot of prospects. His average team the other day was 24, I believe.

“It is a young team and when you look at the other teams they have a lot of experience in there. It is a different ball game if you have that [experience] in your team.”

Former Dutch international Zenden played 43 league games for Chelsea between 2001 and 2004, joining Middlesbrough before making the switch to Liverpool in 2005. However, he managed just 23 league appearances before moving on again.