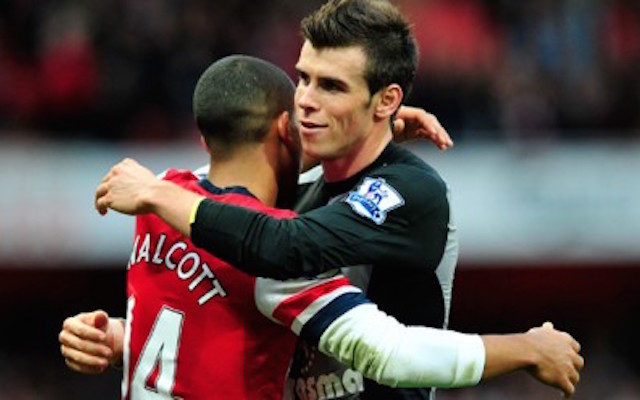 Gareth Bale has admitted he was an Arsenal fan growing up in news that will surely be hard to swallow for fans of the Gunners North London rivals Tottenham Hotspur.

The former White Hart Lane favourite has said in an interview with Spanish radio station El Larguero, transcribed by AS, that as a youngster he idolised the like of Henry and Vieira.

“I used to like Arsenal a lot, but when I moved to Tottenham of course I liked them less – but I really liked Thierry Henry and Patrick Vieira, Those kind of players. They were incredible,” Bale said.

The news might not come as a total shock to some, however, with Welsh rugby union star Sam Warburton claiming in 2012 that Bale was a Gunner – though this is the first time Bale has addressed the rumours directly.

However, Spurs fans have surely had the last laugh with Wenger admitting in 2013 that he turned down the chance to sign Bale when he approached Southampton for Theo Walcott because the Gunners had French left back Gael Clichy.

You heard that right! Arsenal turned down the chance to capture one of the world’s best players for a paltry fee at a young age because of the Frenchman.