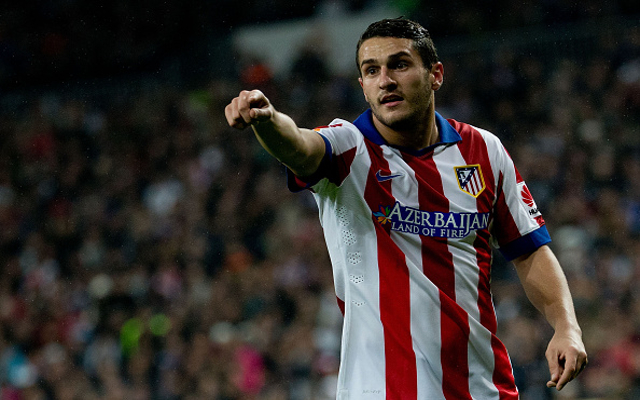 As Brendan Rodgers prepares for life without Steven Gerrard it appears the Northern Irishman is on the look-out for a top quality replacement for the veteran midfielder.

With that in mind the Daily Star claim that the Anfield outfit have set their sights on Atletico Madrid star Koke.

The 23 year old has a hefty £44m release clause written into his contract but given his form over the past 18 months that’s a sum that is perhaps a fair evaluation of his quality.

The locally born midfielder has represented his Vicente Calderon side since the age of eight and is into his sixth season in the Atletico Madrid first team set-up.

Last term Koke made 56 starts in all competitions, playing a key role in Diego Simeone’s side, helping the club to a La Liga title as well as playing his part in their strong run to the Champions League final.

Koke is a pivotal member of Simeone’s side and as such it’s likely that an exit would only be possible once his buyout clause was triggered.

Given that Atletico Madrid are still fighting for major honours this season, proving that last term was no flash in the pan, one imagines Liverpool would have to be able to offer Champions League football to have any hope of persuading Koke to leave the Spanish outfit.