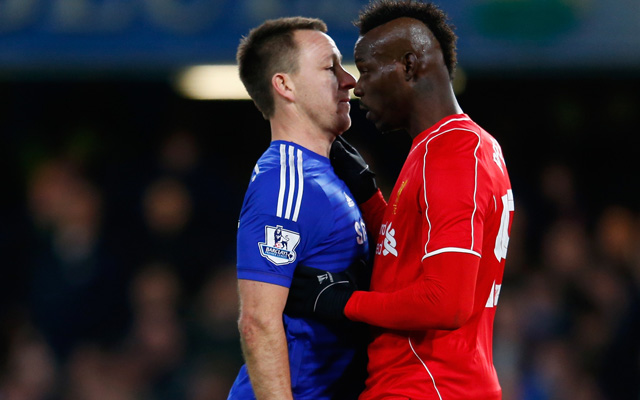 In hindsight it’s difficult to comprehend Mario Balotelli’s Liverpool career. You can understand why Brendan Rodgers took a gamble on him after losing Luis Suarez in the summer, but even he can’t have imagined how it would turn out.

After leaving Balotelli out of the match-day squad to face Bolton Wanderers in the FA Cup on Saturday, Rodgers was quoted by the Guardian as saying: “Mario is the same as any other player, there is no special treatment for anyone.

“Fabio and Rickie have been working tirelessly in training and have contributed when they’ve come on. I had a good chat with Mario for an hour or so yesterday [Friday] and he knows what’s required to be in this team. It’s difficult for him.

“He knows the level of this team, the pressing and the aggression that you need. If you can’t do that then you are not going to be part of what this team is trying to achieve. We suffered in the first part of the season and we can’t go back to that.

“It doesn’t matter who the player is or how much he was bought for, it is about the team. If you want to contribute you have to be ‘at it’ every day in training. Mario is a box player but much more is asked of the team. I’m confident he will respond.”

Despite his comments, the Italian was back on the bench for Tuesday night’s Capital One Cup semi-final second leg against Chelsea. With the scores locked at 0-0 (1-1 on aggregate) and Liverpool needing a goal, on he came. By the end of the night, there was another nail in his metaphorical career coffin.

During his 50 minutes on the pitch, including the half an hour of extra time, Balotelli’s poor pass led the match-winning free-kick, while he also failed to mark Branislav Ivanovic, who headed in the night’s only goal from that set piece.

His attacking performance was marred by his wasteful shooting and frustrating body language. When he needlessly squared up to to Chelsea captain John Terry, it summed up his miserable evening.

If there were question marks over why Balotelli was signed in the summer, there will be even more people wondering why Rodgers threw on a player with only two goals all season at such a decisive moment in his side’s season.

While agent Mino Raiola all but confirmed that his client would not be sold this month, his future looks grim. He told the Metro: “We didn’t ask to leave. It is too early, with the injury, to say we leave in January. There are no big problems. He’s adapting to a new style that the manager wants. We’ll see in the summer.”

Even after all his on and off the field misdemeanants, it’s hard not to feel some sympathy for the 24-year-old. He clearly wants to succeed at Liverpool, but his record at Manchester City has had people questioning him from day one of his Anfield career.

Can he turn it around? The time is running out and Liverpool’s patience won’t last forever.