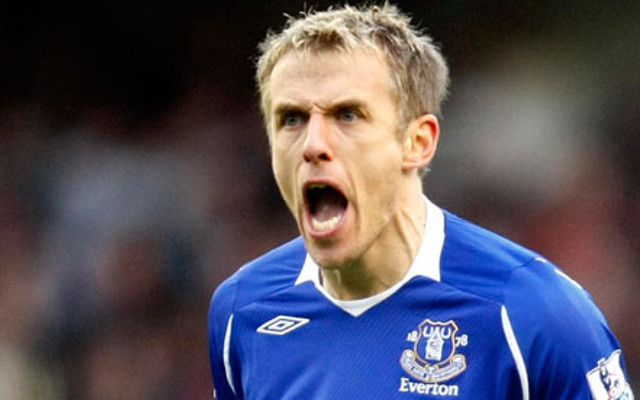 Watch out, or P Nev will SMASH you!

Former Manchester United and Everton defender Phil Neville has been warned by the BBC after using aggressive language during his commentary of Arsenal’s 3-2 win at Brighton in the FA Cup.

After watching Arsenal midfielder Tomas Rosicky pass without looking, Neville said: “If that was a training session and somebody did that I’d be first over there and I’d probably look to two-foot him or take him out of the game.

“If somebody did that in training to me, winding me up, I would be straight in there. I’d smash them.”

Following a number of complaints, BBC Sport responded in a statement.

It read: “This comment was not meant to offend in any way, but on reflection, Phil acknowledges that the language he used was unfortunate.

That said, [co-commentator] Mark Chapman did immediately challenge him and the tone of the discussion was light-hearted enough to suggest that the panel were not condoning any kind of violence or setting an example to a younger audience.

“BBC Sport will, however, remind the team to take extra care during discussions during our live programmes.”

Poor old Phil! First, he gets hammered for being boring, then he get’s told off for being controversial…