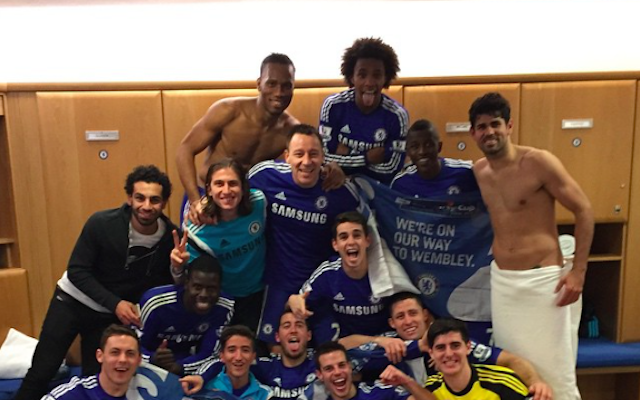 Chelsea’s 1-0 win over Liverpool at Stamford Bridge in the Capital One Cup semi-final ensured they were the first side to reach Wembley in this year’s competition.

The Blues put in a dogged display to hold Brendan Rodgers’ side at arms length before snatching the victory in extra time after 90 minutes of scintillating, end to end action.

Heres the best reaction from the stars of both teams following the match:

Even former Chelsea players had their say:

But perhaps understandably, Liverpool stars were slightly quieter than their Chelsea counterparts with only Lucas Leiva speaking up post-defeat: