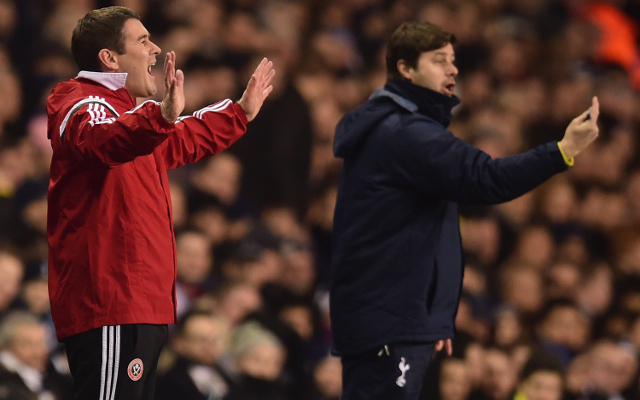 Tottenham Hotspur play against Sheffield United in the second-leg of their Capital One Cup semi-final tie.

Spurs won the first leg 1-0, and will be hoping that that solitary goal means that they are able to weather any storm from the home side at Bramall Lane.

He made a blunder in their last match against Leicester City, but Pochettino has made it clear that he will pick the Dutchman again.

The full-back was rotated out for the match against the Foxes, but should return for the big match.

Danny Rose will lose his place to the Welshman.

Since arriving in the summer the former Sporting Lisbon man has shown promise.

The Belgian has been helping his young centre-back partner through matches.