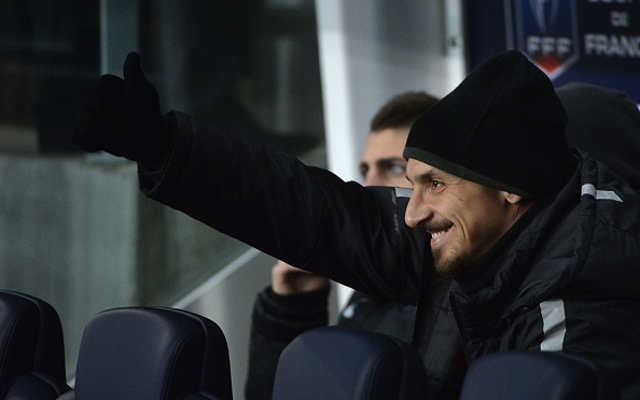 Chelsea are reportedly on alert for the possible signing of Paris Saint-Germain striker Zlatan Ibrahimovic after latest quotes from his agent Mino Raiola, according to the Daily Express.

The Swedish international forward, widely regarded as one of the finest strikers of his generation, has played under Jose Mourinho before while at Inter Milan, and forged a fine working relationship with the Portuguese coach.

It could now be that the two would be open to working together again at Stamford Bridge, with Raiola admitting that Ibrahimovic may not renew his current contract at the Parc des Princes.

The forward joined the French giants from AC Milan back in 2012, and after a fine run of form in Ligue 1 he may now be considering his next move, having enjoyed a nomadic career so far at various clubs around Europe, though none in the Premier League as of yet.

Despite being 33, Ibrahimovic very much plans to keep on playing when his time at PSG comes to an end, which could lead to an approach from Chelsea.

“For now Zlatan remains at PSG, for sure,” Raiola said.

“He still has a year left on his contract, maybe we won’t extend it. With him, the decisions are made year by year, but he doesn’t intend to stop playing.”