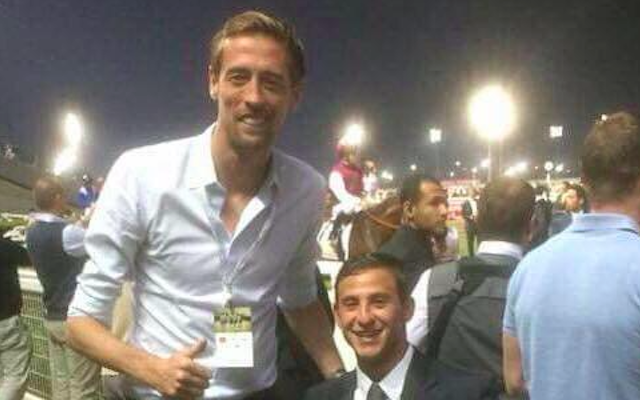 The forward hasn’t player since 2010 under Fabio Capello.

Peter Crouch has flatly ruled out a return to the England national side after claiming that Roy Hodgson is not interested in selecting him.

Hodgson has appeared to pick youth over experience since his appointment in 2012 and has looked to spend his time developing the next generation of England stars rather than more experienced heads.

Crouch hasn’t earned a single call up for the Three Lions since the former West Bromwich Albion manager took over as England boss and says that whilst he is flattered to see his name mentioned, he doesn’t believe he will ever be selected again.

“It’s still flattering to see my name mentioned when it comes to England squads. But I’ve come to realise I’m unlikely to ever play for my country again,” he wrote in his Loaded column, reports Daily Mirror.

“My last cap was against France in November 2010, when I was aged 29. I came on as a substitute and scored within a minute. We lost 2-1 and I haven’t pulled on the white shirt since.”

The Stoke City striker scored 22 times in 42 appearances, hardly a poor record but accepts he’s not in Hodgson’s plans.

“Even four-and-a-bit years on from my last appearance I think I’m more than capable of doing a job for my country. But the fact is the manager Roy Hodgson is simply not interested in selecting me,” Crouch continued.

“It is unfortunate from my point of view but it’s quite plain to see I’m not in his plans. I’m sure he has his reasons and he appears to be putting a major emphasis on giving younger players a chance – and that is also understandable.

“Still, I would love to be involved. Representing my country was always the ultimate honour, but it’s just not going to happen now.”