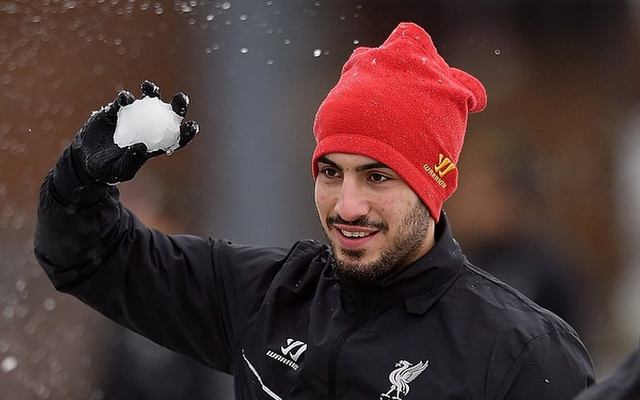 Liverpool, who play West Ham United in the Premier League on Saturday, trained on Thursday morning, despite heavy snow at their Melwood base.

Daniel Sturridge, who is close to returning to action having been out since September through injury, looked keen to impress.

At one point, Sturridge threw himself to the ground for a diving header.

However, midfielder Emre Can seemed more interested in throwing snowballs than kicking footballs…

The #LFC squad trained under snowy conditions this morning in Liverpool

@jhenderson, @31sterling and @phil.coutinho in a freezing training session at Melwood #LFC

@dstudge training in the snow #LFC

@leivalucas in training at Melwood #LFC