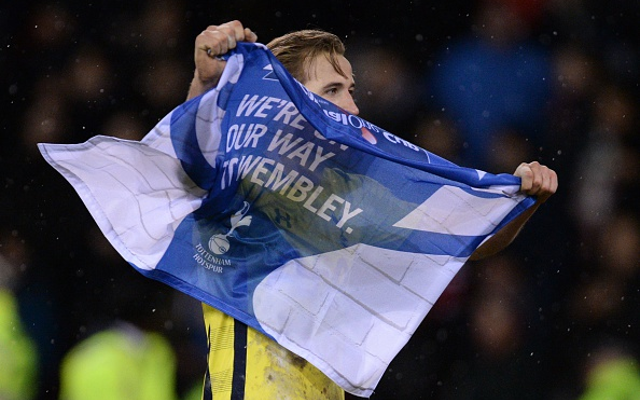 Spurs star keen to get one over Blues.

Tottenham Hotspur striker Harry Kane is relishing his side’s Capital One Cup final clash against Chelsea in a month after victory over Sheffield United in the semis.

The 21-year-old had a great match against the Blues as Spurs recently shocked the Premier League leaders and title favourites with a 5-3 win at White Hart Lane, and is now looking to get one over them again at Wembley Stadium to make it two wins out of three against their rivals for the season.

Chelsea beat Tottenham 3-0 at Stamford Bridge earlier in the campaign, and Kane says it’s 1-1 between the two teams at the moment, with a Wembley final the fitting way to decide who comes out on top for the season.

“At Wembley anything can happen,” the forward was quoted by the Daily Mail.

“It’s 1-1 between us this season, it’s a decider if you like and there’s no better place for it than Wembley.”

Kane also gave credit to Sheffield United for giving them a close game over the two legs, with Spurs only narrowly edging through to the final with a 3-2 aggregate scoreline.

“We were in cruise control and that was the worst thing we could have done,” he added.

“Credit to Sheffield United but it shows how much character we have.”