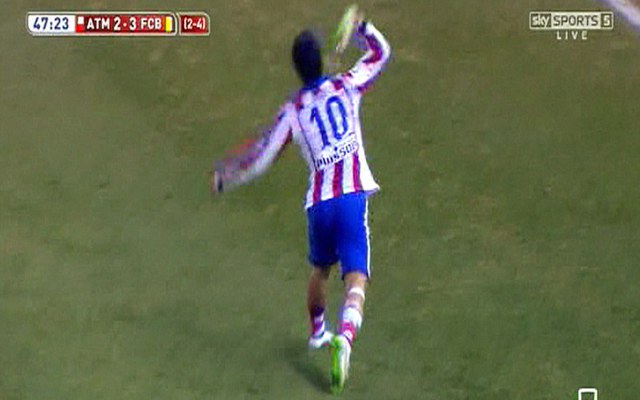 A hilarious reaction to his antics against Barcelona.

Arda Turan has given the perfect response to his shoe throwing antics on Wednesday night when Barcelona faced Atletico Madrid.

The Atletico midfielder inexplicably hurled a boot in the direction of the linesman when he wasn’t awarded a free-kick by the match officials after being tackled early in the second half.

And perhaps even more incredibly, he wasn’t even sent off for it.

Luckily, the Turkish international and his Atletico teammates seems to have seen the funny side of his moment of madness and have commemorated the incident with a hilarious choice of birthday cake for the now 28 year old.

See their response below:

Madrid did eventually lose to Barcelona 3-2 in an ill-tempered affair that saw Turan’s teammate Gabi sent off for confronting the referee in the tunnel at half time.