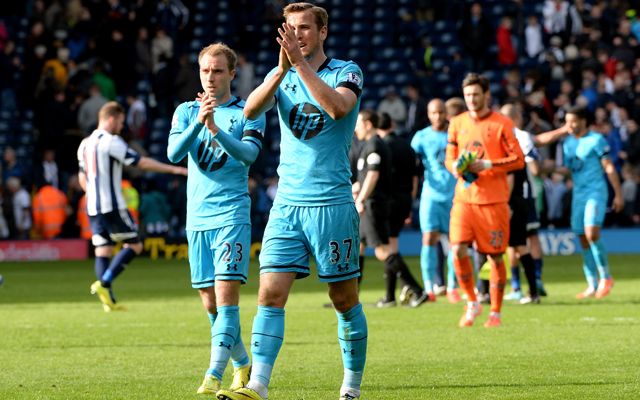 During the 2012-2013 season Gareth Bale was lighting up the Premier League, scoring 26 goals in 44 games to take his Tottenham Hotspur side to within a point of the top four.

The Welsh forward won multiple ‘Player of the Year’ awards and was rewarded with a world record transfer to Real Madrid, who he helped first to Champions League and Copa del Rey success during his debut campaign.

Back in North London and Andre Villas-Boas’ side were feeling the effect of losing their star player. They sent big to try and fill the gap left by the departure, but only one player – Christian Eriksen – has sufficiently stepped into the void.

In December, Spurs boss Mauricio Pochettino described the Dane as a big talent. The Argentine, who was quoted by the Daily Mirror, said: “It was a big, big goal from Christian Eriksen [in a 2-1 win against Swansea City].

“He is still young – 22. It is his second season in England. Christian is a big talent and very key player for us.”

His reputation has only grown since then. Most recently, his brace against Sheffield United – including one spectacular free-kick – secured the progress to the Capital One Cup final.

Eriksen has struck ten goals in all competitions this season, making him second only to Harry Kane in the Tottenham rankings. Kane, 21, has struck 18 times in the current campaign and has also drawn plenty of praise from his manager.

Pochettino, who was quoted by Goal.com, said last month: “I wish for my player the best but Harry has big potential and he’s a big talent.”

Asked whether Kane was good enough to earn an England call-up, he added: “Why not? If he continues to play in the same way, maybe the opportunity will come for him to play for the national team.

“It’s becoming normal now that Harry Kane has scored. We are very happy with him. He worked very hard and scored a goal, which is very important for the striker.”

Without his side arguably ever playing to its full potential this season, Pochettino has inspired a great revival at White Hart Lane. Tottenham are sixth in the Premier League, three points off the top four, in the final of the League Cup and ready for a run at the Europa League.

In Kane and Eriksen he has two young players that could be the cornerstones of a successful side for years to come. Spurs are still short a couple of quality additions, but if the club play things well, they could be on the road to something special.