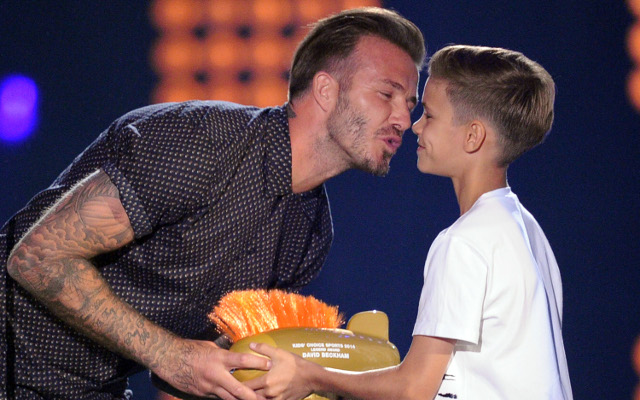 You could call David Beckham a lot of things, but not fat. However, if you’re Harper Beckham you can call him whatever you like.

SEE MORE
Could David Beckham Be About To Buy LA Galaxy And Relocate Them To Miami?
Best Premier League Exports To Have Been In The MLS – Including Liverpool & Chelsea Legends And David Beckham
Former Red Devil Picks All-Time Manchester United XI – No Room For David Beckham Or Ruud Van Nistelrooy

Appearing on late night American chat show Jimmy Kimmel, the 39-year-old revealed that his own daughter’s comments have given him cause for concern over his shape.

“I was bathing Harper and had got her out and was toweling her down when she said: ‘Daddy I love you but I don’t like you, you’re so chubby!’ I didn’t think I was but…..!”

The former Man United legend then went on to admit that he frequently does everything he can to embarrass his kids.

Speaking about bringing Brooklyn to school, he said: “He asked me to park around the corner and he would walk round but I followed him and opened the window and shouted, ‘Brooklyn I love you!'”